Most people are positive about the word community. They want to help it, be part of it and build it, but what actually is ‘it’? Does the word describe the 2747 people who you have arbitrarily connected with on a social media platform, is it the affinity you share with the fellow supporters of your favourite football club or the affiliation you have with other members of your professional body? Is it something that is defined by geographical boundaries, or is centred around religion, sexuality, or another demographical marker?

Defined by The Cambridge English Dictionary as ‘a group of people either living in one particular area, or considered a unit because of their common interests, social group, ethnicity or nationality’ the word community reaches far and wide – it can mean pretty much anything, yet it often amounts to nothing.

In this blog, I haven’t tried to develop the meaning of the word but have taken a look at three different ways that we can interact with it.

Community Giving relates to pounds and pennies, a financial transaction that is made either by an individual or an organisation. A key catalyst for ‘community giving’ occurred in 1984 when Sir Bob Geldof staged the Live Aid concerts in London and Philadelphia. Moved by the poverty and starvation in Ethiopia, Geldof brought together an array of stars from the world of music and put on a show, televised to millions, the like of which had never been seen before.

Whilst the event was spectacular, it was the emotional pleas and the use of film to show the devastation that pulled at the emotional heart strings of so many people. Delivered in a concentrated timeframe the message was raw, challenging and gnawed away at the conscience; suddenly charity was not nice, and the wallets of the masses opened up as the community gave their pounds and pennies.

Community Supporting is an interaction that is no longer about money. You may be an accountant who is happy to give up some time to help oversee the finances of your child’s youth club, or you may be someone who marshals at the local park run. The commodity has now become time or knowledge.

Many organisations who have traditionally delivered their corporate social responsibility strategy through the donation of money are starting to complement this with non-financial support; examples may include committing a team of people for a day to tidy up the local park. This is seen as a win / win – the action is clearly good for the environment, and there will be benefits for the organisation too.

Community Being – the investment of time and money are straightforward; however, the concept of ‘being’ is much more nebulous and tougher to explain. Fabian Pfortmuller, co-founder of The Together Institute, suggests that for all the dialogue around shared interest, purpose, intent and togetherness, if a ‘fully trusting relationship’ is not present then the soul of the community is absent.  My view is that whilst ‘community being’ may still involve money and time, it is centred around people who have a mutual sense of purpose, and are bound by reliability, acceptance and safety.

Community being is something that makes you solid on the outside and smile on the inside.

An example of community being

In 2005, I moved out of London and headed 20 miles north to the city of St Albans. There are many ways to integrate with the local community, but with children aged nine and six, the school playground was an obvious starting point, and I soon discovered the existence of a dads’ cricket team that sold itself as a collection of gentleman, players and useful chaps.

This eclectic mix turned out at least once a week and played matches against other school-inspired teams. The cricket was poor, I was poor, but there were two factors that made this so enjoyable. The first was the venue: Verulamium Park provides an appalling pitch, but is surrounded by a collection of magnificent trees and overlooked by the inspiring St Albans Cathedral – it is a beautiful place to spend a summer’s evening. The second was the camaraderie; a post-match visit to the pub furthered the bond and activities such as golf days and Christmas parties were a great way to meet new people and settle into a local community. Happy days.

During my first season one of the members was diagnosed with pancreatic cancer; two years later he died, age 41, leaving a hole in the hearts of a wife and daughter. Inevitably, there was a sense of loss, help was offered to the family, and the community rallied around in a way that is typically seen in times of grief.

What was interesting was that this rally, unlike so many others, didn’t dissipate and disappear – if anything it grew. A decade on and the group continues to play cricket and socialise, but the greater purpose now revolves around supporting each other, the families, and the local community.

When I think about why this group of cricketing dads continue to do so much, I am drawn to a couple of possibilities. Firstly, human beings enjoy giving; whilst good deeds help others, they also make the giver feel good too. Secondly, the death of a friend had highlighted just how vulnerable we all are. For some, it was a catalyst for a major shift in their personal lives, for others the impact was less obvious, but for all, the event triggered the importance of togetherness. Community being can, in some ways, be considered an insurance policy – if something happens to me I know that there will be a group of people out there who will help me, and those who are important to me, as best they can.

And finally, as the pandemic highlighted the importance of gloves, masks and sanitiser, and wellbeing programmes emphasise the importance of diet and exercise; we should also consider the concept of psycho-social immunity. Research suggests that love, laughter and connection can increase the level of lymphocytes, the blood cells that help us deal with infections; so, if you are looking for an additional layer of protection it may be worth exploring your ‘community being’. 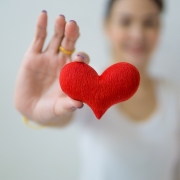 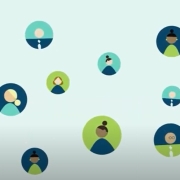 Starting 2023 with purpose and energy 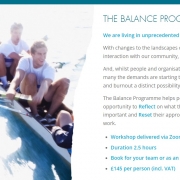 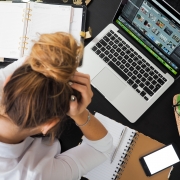 Burning bright or burning out? The demands of working in times of COVID-19 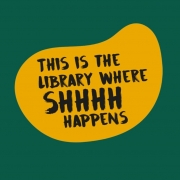 The Battle for Balance featured in Wot the Book! library 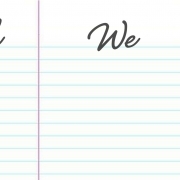 Balance – finding what’s important to you 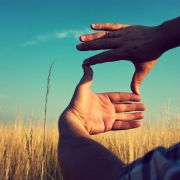 Talking teams with We Not Me

Optima-life programmes now available on Lyfe Wellbeing & Rewards
Scroll to top
We use cookies to ensure that we give you the best experience on our website. If you continue to use this site we will assume that you are happy with it.OkRead more