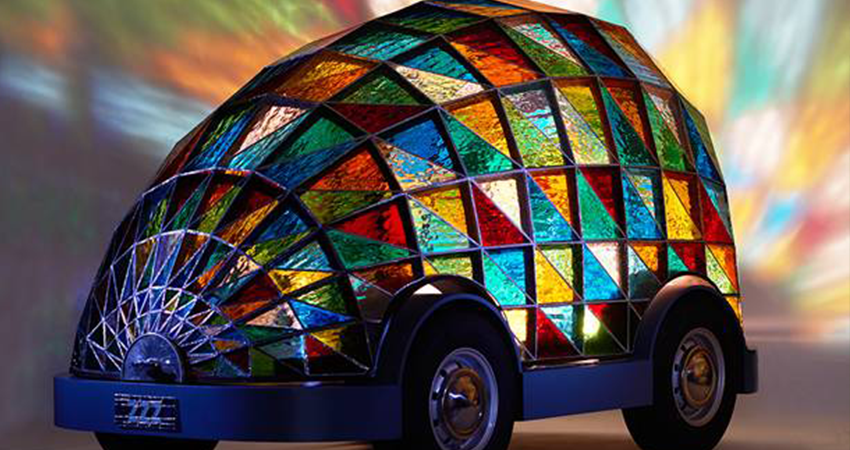 So January has been and gone, 2016 is firmly embedded and life may have moved from the great expectations and enthusiasm that a new year brings and drifted back into the monotonous humdrum that Monday to Friday offers.

Like many other businesses Optima-life started 2016 with an all-day get together so that we could set the tone and ambition for the year.  We started our ‘away day’ with a talk from creative genius, Dominic Wilcox.  Dominic, is an inventor and humorist; a modern day Heath Robinson who challenges himself to observe and then create.  He has come up with ideas such as ‘the family rain poncho’, ‘no place like home GPS shoes’ and the unforgettable ‘stained glass driverless sleeping car’.  We learnt a lot from listening and looking at what Wilcox said and has created, but there were two messages that really struck home.

Firstly, was the importance of boredom.  In today’s world boredom is almost impossible, instant gratification surrounds us from mobile phones, to computers, to watches that are both computers and phones (I think they also tell the time) and the advent of seven day working and seven day shopping, our sensory matter is constantly alive.  The point is we really do not have to think that much anymore, it is all done for us and equally we do not allow ourselves time to think – we are constantly stimulated both when working and when we are not.  Boredom is simply not allowed, it is utterly taboo!

No boredom may mean no ideas.  I wouldn’t be surprised if Archimedes was totally and utterly bored whilst naval gazing in his bath when he started to think about water levels and that Newton could well have been rejoicing in mindless boredom when all of a sudden that apple dropped down in front of him.  Personally, I know that I get some of my best ideas when I am out running.  I used to think that was due to the physiological and anatomical changes that are reported to happen in the grey matter when we exercise.  Maybe, just maybe, there is another reason I get these good ideas when plodding the streets – I just find running incredibly boring!

The second message that hit home was when the question was asked ‘Is it better to create as an individual or as a group?’.  When asked which was best, Wilcox, who always seems to have a balanced opinion, was committed to the former.  His sentiment was that groups can often be hindered by procrastination, personality and posturing, all of which lead to paralysis of progress; whereas individuals, particularly when under the pressure of a time line, often get on and get the job done.

I hesitate to argue with his opinion, but having also attended a course on coaching in January, I wonder if the real challenge to solving problems and searching for ideas is to find an environment, communication style and technique that is going to bring the best out of an individual or a group.  The trouble with problem solving with the team you work with every minute of every day is that there often can be too much ‘white noise’.  Our ears and our brains accommodate to the voices and lines of thinking without truly listening, absorbing and processing. Whether your preference is for coaching, mentoring, consulting or training (and as I learnt there is a big difference between these), creating a platform for freshness of the senses and invigoration of the mind can be incredibly powerful.

With there being very few Archimedes, Newton’s or Wilcox’s in the world, it could be argued that there are two possibilities to explore:  Find someone to facilitate your thinking or get bored more often…………..or maybe even both!

Firstbeat Technology Plays a Leading Role in the World Cup Theatre of Dream...

Time to Get on Your Bike
Scroll to top
We use cookies to ensure that we give you the best experience on our website. If you continue to use this site we will assume that you are happy with it.OkRead more