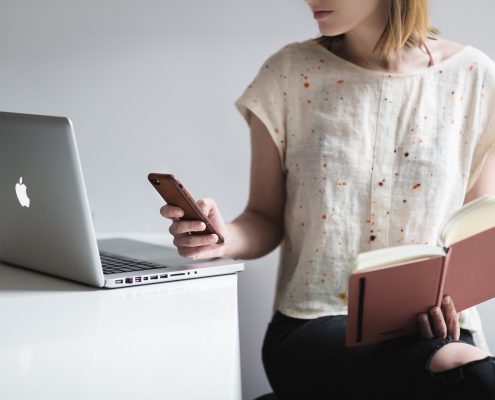 Procrastination can sometimes feel like a constant burden on our shoulders. Painfully aware of what needs to be done, we simply don’t have either the energy or the focus to do it; a phenomenon that can act as a paralytic force which suffocates our productivity. If you recognise this scenario you are not alone, research has shown that 80%-95% of college students engage in procrastination, and it is also a widespread phenomenon in the general population with 15-20% of adults being chronic procrastinators (Steel, 2007).

But did you know that there are two kinds of procrastination?  The first kind can be referred to as ‘paralytic procrastination’ described above. The second kind is ‘positive procrastination’, yes you read correctly, procrastination can in fact be a positive thing! Positive procrastination can be considered as a ‘Pause’ button; a button that sometimes needs to be pressed when you can’t see the wood from the trees, when life is incredibly chaotic and you just need to stop and take a moment before ploughing on.  It is essentially a ‘Reset’ process, something that is used in the sporting world with regularity. A tennis player, for example, may ask for a towel between points, stroke the strings on their racket, or bounce a ball before serving. These actions are helping players release the last point and focus on the next one-  they have hit the pause button, re-aligned their mind and body with their present goals, and essentially ‘reset’ themselves for action.

We equally need to hit the pause button and reset in the workplace. It may not be suitable to bounce tennis balls, but other simple ways of pausing include going outside for fresh air, going to make yourself some tea, or even just removing your hands from the keyboard whilst closing your eyes for a minute or two. Mindfulness meditation exercises provide a powerful pause, allowing you to stay in the present moment and reset your focus. You can try one now: simply close your eyes and slowly count to four while you breathe in, hold, and release your breath to a count of six. Repeat six times. Job done!

A Firstbeat Case Study: The City of Salo

Create a Devotion to Motion
Scroll to top
We use cookies to ensure that we give you the best experience on our website. If you continue to use this site we will assume that you are happy with it.OkRead more